Amitabh Bacchan and Zeenat Aman share a romantic moment during a glamorous gondola ride shot in Venice, Italy for The Great Gambler (1979).

Today, we present the lyrics and English translation to an all-time hit song from The Great Gambler (1979): do lafzo.n kii hai dil kii kahaanii. Directed by Shakti Samanta, this action film starring Amitabh Bacchan in a dual role takes the audience on a cosmopolitan journey through a variety of exotic locales including Cairo, Rome, Lisbon, Amsterdam, and Egypt. While the film itself has not much to offer over other masala films released during this period of Hindi cinema, the soundtrack’s crowning gem do lafzo.n kii hai dil kii kahaanii is cherished by audiences to this day. In fact, watch Asha Bhonsle (at the age of 80!) dazzle the audience with this song here accompanied by the Metropole Orchestra at The Hague in 2013.

do lafzon kii hai dil kii kahaanii can be considered a natural successor to previous boat songs directed by Shakti Samanta, such as raat ke humsafar  (An Evening in Paris, 1967) and chingaarii koii bhaDke (Amar Prem, 1972). The exotic picturization as well as the exquisite lilting melody make this song a stand-out among the other lackluster items found on the film’s soundtrack, which was composed by R.D. Burman and penned by Anand Bakshi. To infuse a dose of authentic Italian charm, the lyricist has included a few words of Italian in the song’s introduction–I’m certainly not an Italian expert, but my attempt at translating these lines is also presented below.

While the choice of veteran songstress Asha Bhonsle as the playback singer for heroine Zeenat Aman is no surprise, the choice of Sharad Kumar as the voice of the gondolier is rather interesting. Sharad Kumar Bader is an actor/singer who achieved fame in the late 1960s and early 1970s for his imitative renditions of songs originally performed by the one and only Elvis Presley. In addition to touring the globe for concerts where he sang Elvis numbers decked out in The King’s trademark jumpsuits, Sharad also received a break in Bollywood as an actor in films such as Paisa Ya Pyar (1969) and Zameen Aasman (1972) with the support of Shobhana Samarth (mother of actresses Tanuja and Nutan).  After his brief stint in the film industry, Sharad moved to Canada where he worked as an insurance agent and opened a vegetarian Indian food company called Zara’s Gourmet Kitchen with his wife Gita Bader. A colorful career path indeed!

What is your favorite foreign destination featured in a vintage Bollywood song? Let us know in the comments! Until next time…

Venice’s Grand Canal and its rich tradition of gondoliering are featured prominently in this all-time fan favorite song.

Sharad Kumar: laa, laa, laa… amore mio, dove sei tu?
My love, where are you?
ti sto cercando, tesoro mio!
I am searching for you, my treasure!

Amitabh Bacchan: na, na, na aise nahii.n! gaa ke sunaao na?
No, not like this! Sing it for me, won’t you?

do lafzo.n kii hai dil kii kahaanii
The tale of my heart is only two words long.
yaa hai muhabbat, yaa hai javaanii
Is it love or is it youth?

The on-screen chemistry shared by the leading pair serves as the backbone for this lighthearted, action-packed, and often nonsensical film.

yah kashTiivaalaa kyaa gaa rahaa thaa?
What was that gondolier singing about?
koii ise bhii yaad aa rahaa thaa
He was reminded of someone special
qisse puraane, yaade.n puraanii
along with old tales and old memories.
yaa hai muhabbat, yaa hai javaanii?
Is it love or is it youth?

is zindagii ke din kitne kam hai.n
The days of this life are limited in number.
kitnii hai.n khushiyaa.n aur kitne gham hai.n
they are filled with so much joy and so much sorrow.
lag jaa gale se, rut hai suhaanii
So embrace me, in this beautiful season.
yaa hai muhabbat, yaa hai javaanii
Is it love or is it youth?

do lafzo.n kii hai dil kii kahaanii
The tale of my heart is only two words long.
yaa hai muhabbat, yaa hai javaanii
Is it love or is it youth?

A glimpse of Italy at The Venetian hotel from my recent vacation to Las Vegas.

Vegas’s replica of the Grand Canal–complete with gondolier and Italian serenades! 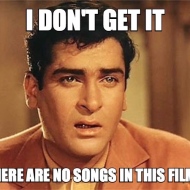 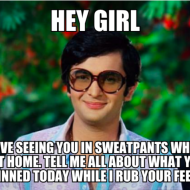 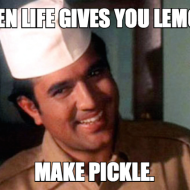 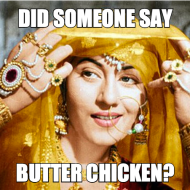 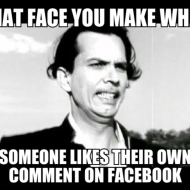