You’ve probably never heard of Mani Rabadi, but I’ll bet you’ve seen her work before. A behind-the-scenes legend, Mani Rabadi was a fashion designer to the stars. This woman was the final word in costume design for Bollywood films of the 60s and 70s (even continuing to work until Hum Aapke Hain Kaun in 1994)! If you wanted something run-of-the-mill, Mani Rabadi was not your woman. But if a director wanted something to stand out, to set bold trends, and to wow the audience with glamour, she was the only choice. When you see some of the pictures below, you can readily understand how this silent woman in the background transformed the careers of the stars. Her styles turned actors into icons, and made actresses into idols.

Starting her career in a humble toy factory to help pay tuition, and then joining the Indian People’s Theatre Association, Mani got her first break doing Gujarati films before moving to Bollywood. Here is a gallery of her designs from the movies we all love: 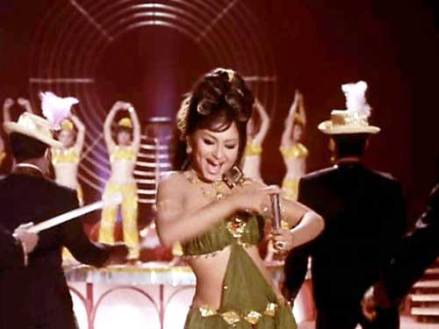 Sharmila actually plays a dual role in the film. The villainous side incidentally always shows her tummy–just to help the audience keep things straight. 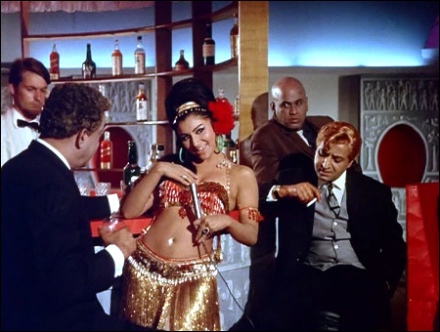 Uhh, what precisely are you looking at Pran? 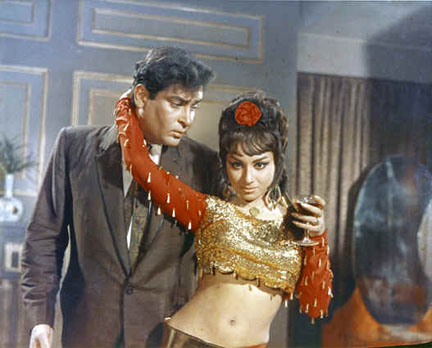 Cutsy hair clip that’s bigger than my nose? Don’t mind if I do. 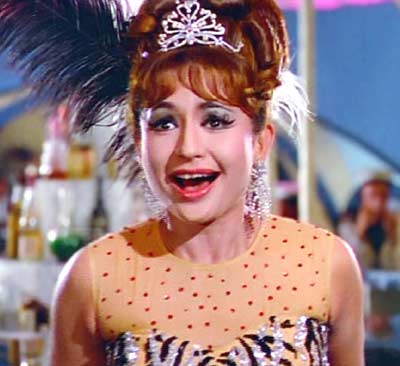 I’ve talked a lot about my feelings for Helen in a chicken suit from this film, but this picture definitely deserves one more mention. 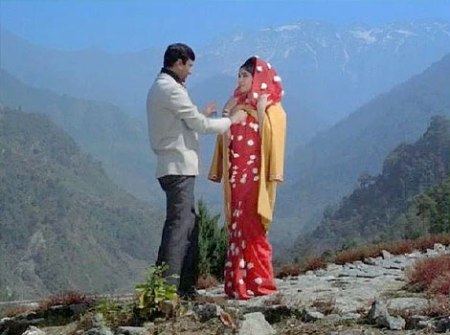 Yup, those are cotton balls puffing out of that red sari like polka dots. Just saying, it takes a bold and confident woman to try and pull that off. 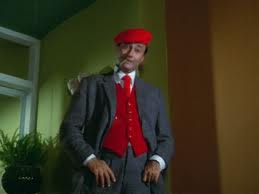 Dev Anand poses as a French jewelry importer. Can’t you tell by the beret? 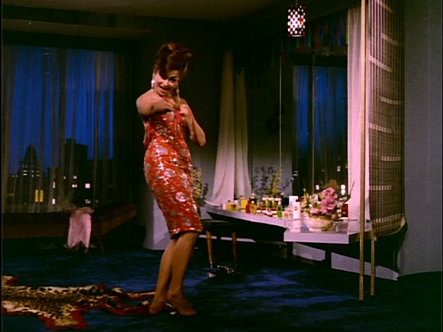 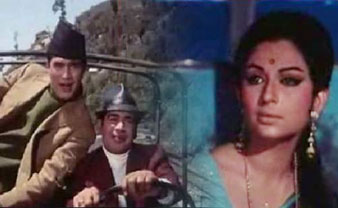 Who can forget Rajesh Khanna’s tall Nepali hat as he bellows “Mere Sapnon Ki Rani” on a hillside? 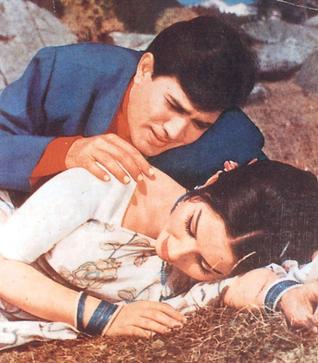 Rajesh Khanna in a blue suit with a hot red turtleneck during “Kora Kaagaz Tha” is the epitome of suave. 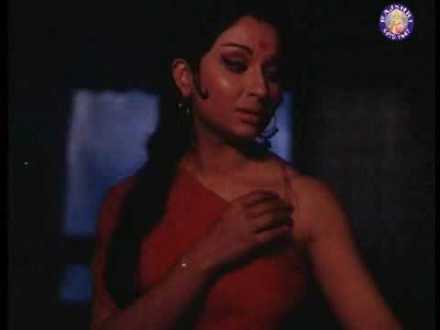 Unarguably the most famous scene from Aradhana, Sharmila Tagore makes a sari out of a flimsy blanket…and the rest is history. 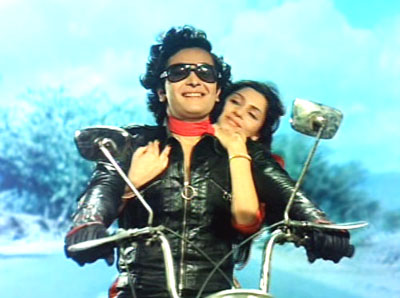 Youth and freedom must mean a tight leather jacket! 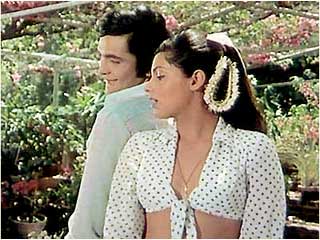 Umm, ok Dimple Kapadia, where did the rest of your shirt go though? 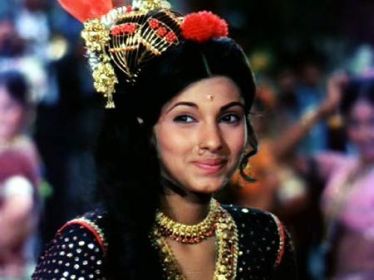 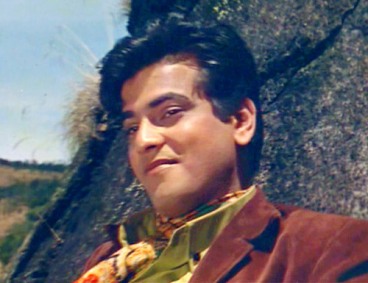 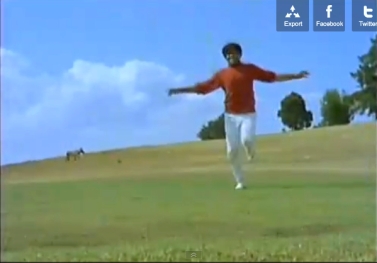 Oh, those tight white pants that made you who you were. It’s no wonder Jeetendra was nicknamed “Jumping Jack”! 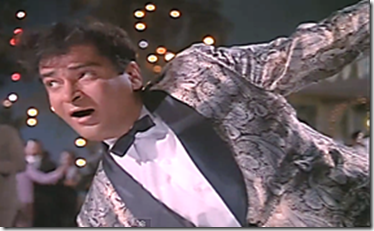 Did someone say “hep cat”?! 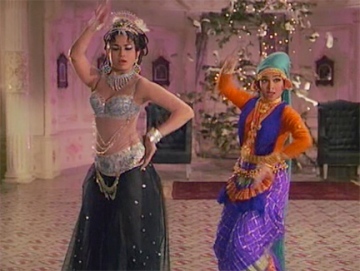 Helen and Vijayantimala dance off in “Muqabla Humse Na Karo.” 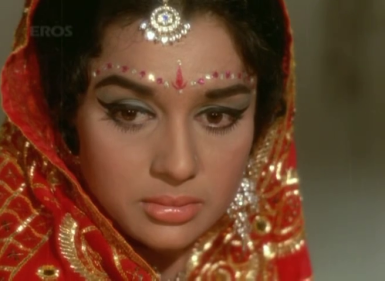 Asha briefly portrays a 70s bride before running away from the ceremony. 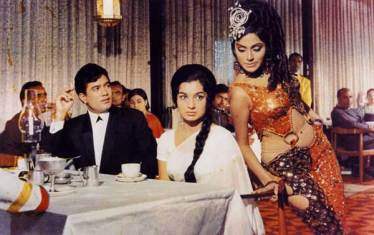 Bindu makes a spectacle of herself in comparison to Asha’s stark white sari.. 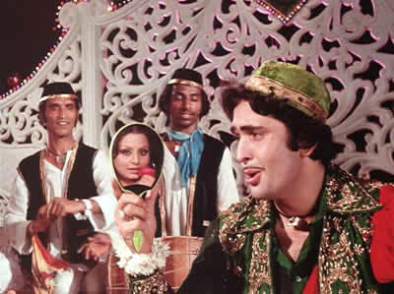 Rishi Kapoor dresses as a qawwal by night. 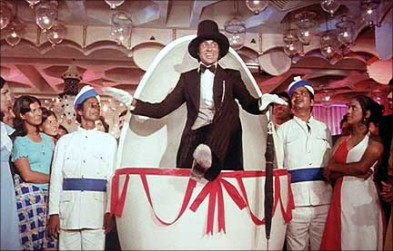 There actually aren’t really words for this. 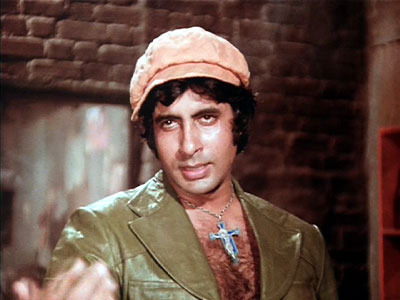 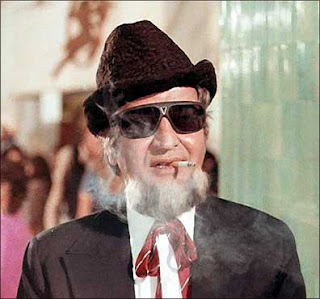 You are wearing a fedora? Clearly, you have become a millionaire. 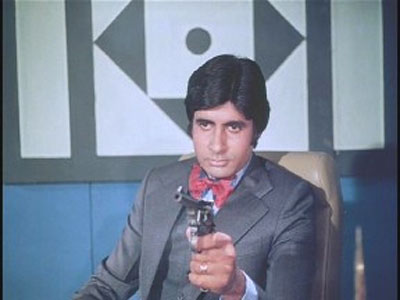 Nothing says “bad boy” like a big red bowtie. 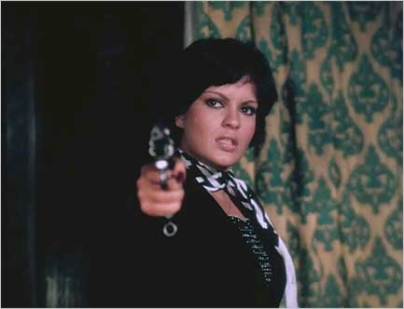 Don’t mess with her scarf. 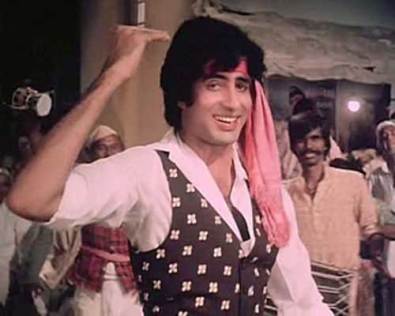 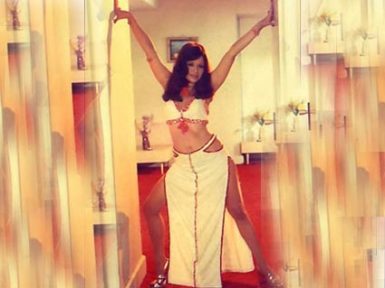 The bottom line here is, could Jeetendra have seized Bombay by storm without his famous tight white pants? Could Dimple Kapadia have shot to stardom without costumes that only covered half of the minimum required? Doubtful. Sure, you might not want to be caught dead in a ditch with many of these outfits, but her work is so diverse, eye-catching, and unpredictable: Mani Rabadi is unarguably genius. Next time you watch one of these hits, consider the people behind the scenes and appreciate their fluid artistry hidden within the films.