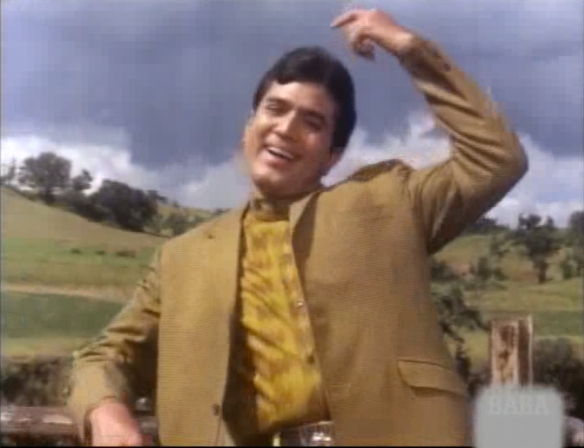 You know you’ve tried it. In the 1970s, few Indian men hitting the discotheques hadn’t. The moves of Rajesh Khanna were so powerful, so devastating that the BBC actually made a documentary on his lifestyle entitled “Bombay Superstar” to introduce him to the West. Rajesh Khanna’s signature wink was and remains the final word in Bollywood seduction. If executed correctly, the wink has a 100% success rate. You can see the wink in almost any of Rajesh Khanna songs, including the evergreen Yeh Shaam Mastani from Kati Patang (1970). For everyone who’s still having trouble, I’ve broken down how to pull off this infallible move in 5 easy-to-master steps.

Step 1: Eyes on the prize. Make full, deliberate eye-contact with the chosen target. Make sure she sees you and can sense something’s approaching. Notice the arched brow and the pursed lips–Rajesh Khanna knows how to concentrate when it counts. 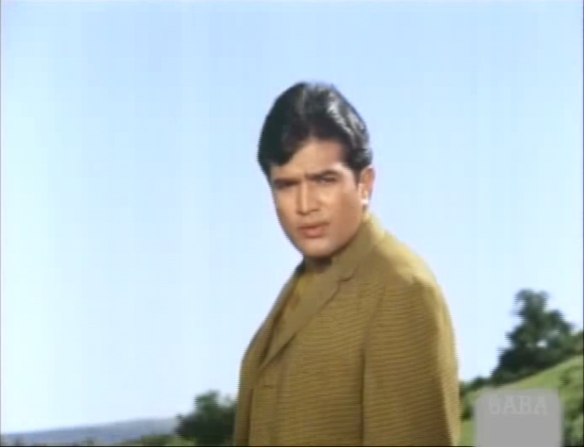 Rajesh Khanna locks gazes with Asha Parekh, and both parties mentally prepare themselves for the upcoming wink.

Step 2: Shut your eyelids. The key here is simultaneously tilting your head posterolaterally with the chin leading the way. This takes some very dedicated practice and coordination, so please don’t attempt this in public before you’ve put in the time. Subtle, right? Rajesh Khanna was as talented as he was beautiful.

In the devastating second step of his all-purpose wink, Rajesh Khanna coyly tilts his head and bats his eyelids. A palpable shudder is felt across the mountainside.

Step 3: Act natural. Return immediately to starting position, maintaining eye contact with a sly smile as if what just occurred was normal. You’ll have plenty of time to gauge audience response after. 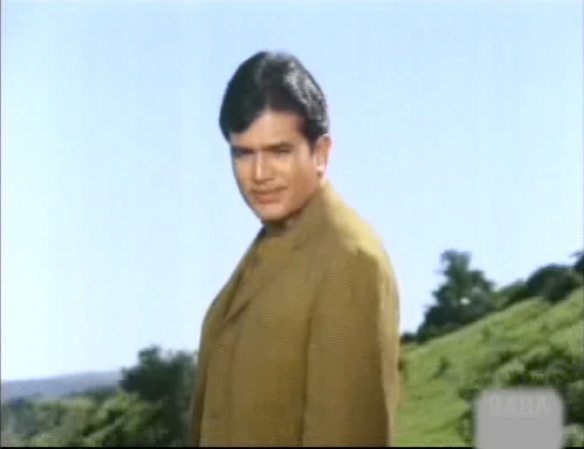 Step 4: Finish the song. Above all, keep singing. You gotta finish what you started. The violins are still playing and Kishore Kumar’s only on the first antra so hold that gameface until the last note.

Rajesh Khanna resists the urge to assess his wink’s immediate success and instead brings the song to a steady finish, thus heightening the wink’s effect.

Step 5: Watch and weep. This should not really qualify as a step. Observe the target’s resulting awe and proceed to take the win by a. proposing to her, b. holding her hand or c. reprising the film’s theme song.

Asha Parekh is moved literally to tears by the awesome power of Rajesh Khanna’s wink. Another one bites the dust.

That’s it folks–5 simple steps to becoming a Bombay Superstar. No Rajesh Khanna song is really complete with out it! For your viewing pleasure and further studies, check out Rajesh Khanna’s “Yeh Jo Chilman Hai” from Mehboob Ki Mehndi (1971). Then find some hair gel, a colorful ascot, and get winking.

11 thoughts on “How To Wink Like Bombay Superstar Rajesh Khanna”